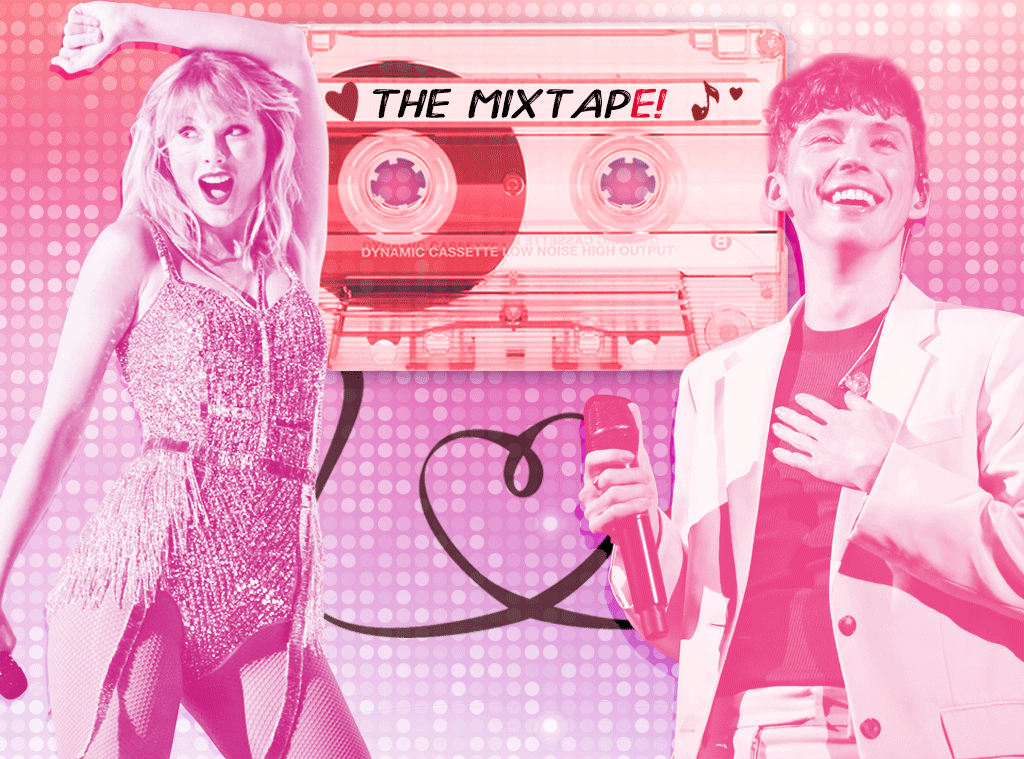 It's officially Valentine's Day, and if you're one of the lucky ones out there with special plans tonight, chances are you'll want the perfect set of tunes to give the mood. But what can a lover do when they are tired of the same old worn out tracks that are always spun this time of year?

You're lucky. We got you, boo.

Welcome to a very special V-Day edition of The MixtapE!

From an obvious choice from Taylor Swift to deep cuts from such Troye Sivan and Selena Gomez, we've rounded up ten of the most beloved tracks of the past year. So whether you're celebrating new love or another year of hopeless devotion, these are the tunes that will help keep things healthy this year. You can thank us later.

Oh, and if love is not your thing this year, don't worry. We have some tracks down there just for the singles out there. Because when you look at the world around you and make you want to scream, there's nothing like a good song to communicate with.

Taylor Swift – "Lover": Easily the most romantic song released in the last 12 months, the title track on T.Swift's seventh studio album is an absolute must for any Valentine's Day playlist. Turn on the lights, light a candle, and spend just four minutes slowly dancing with what you love when playing. No better way to set the tone for the night to come.

Troye Sivan – "Lucky Strike": This deep cut Bloom, Pop Prince LP 2018, is as dreamy as they come. The shiny part of synth-pop finds Troye singing the praises of the boy who "knows how to love me better" before repeatedly pleading his origins to "tell me all the ways to love you." Swoon.

Tiana Major9 & EARTH STARTED – "Collide": This collapse between the British soul singer and the Atlanta hip-hip duo for Queen & Slim Soundtracks are the wonderful, slow-burning R&B made for nights like these.

Victoria Monét – "Moment": This brand new track from Ariana Grande& # 39; s BFF is the kind of airy, '70s-inspired R&B that will turn your date night into the "morph – king moment" she sings.

Harry styles – "Adore You": Allow Britpop heartthrob to take things into extremely funky territory with this single from the excellent Fine Line album of 2019, an ode to absolute devotion.

Katy Perry – "Harleys in Hawaii": This trop-pop joy was criminally overlooked when Katy released it back in October, but it is founded for a resurrection now that love is in the air. Consider this the adult sequel to "Teenage Dream", as a good recommendation we can give to this great song.

Selena Gomez feat. 6LACK – "Crowded Room": This track of Selena's new album Rarely was an immediate standout. She sounds at home on the sleek R&B production that expertly interpolates Cassie classic "Me & U," and 6LACK deliver such a damn romantic verse.

Tove Lo – "Sweettalk my heart": On this track from the Swedish Queen of Dark Pop's 2019 album Sunshine Kitty, she asks her boyfriend to tell her all the things she wants to hear, even if they are not true. Get lost in electro-pop production.

Teyana Taylor feat. Kehlani – "Morning": This collapse between the two, released ahead of Teyana's upcoming LP in 2020 The album, is the type of oppressive R&B that gets everyone listening pregnant, whether it's a biological possibility or not.

Maren Morris – "Bones": Sometimes you need a reminder that love can survive the hard times when the foundation is solid. Release this excellent single from Maren's 2019 album Girl be that reminder.

Bitter Bonus Track: So you are alone and planning to put off the commercial holiday you are convinced was just created to sell greeting cards? So commiserate with these five excellent, with no traces of love.

deciduous & Troye Sivan – "I'm so tired…": What are the two pop princes tired of, you ask? Why, love songs, of course.

Kim Petras – "Reminds me": What to do when everything reminds you of your ex? That's what Kim is wondering about this remarkable relatable new bop.

Sam Smith – "How do you sleep?": As Sam tries to move on, they wonder how the one who did them wrong can live with himself over a sparkling dance pop production that is undeniably excellent.

Mahalia feat. Ella Mai – "What you did": The British singers make it clear that there is no forgiveness this time on this throwback R&B track. Let it give you the strength you need when the deceiving ex tries to crawl back.